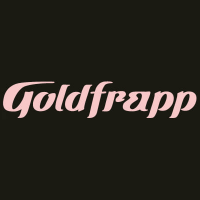 There is simply no excuse to be staying in watching rubbish TV next week, because we have a welter of consistency for you to wade through. As the 30th anniversary tours and re-releases seem to be clogging up the venues and the release schedules (and selling loads as well), it's heartening to know that live music seems to be alive and kicking, even if it does mean Take That bring down the world's servers in the process.

All prices + booking fees. For ticket availability, click on the images, below

Alison and Will round off another successful year with an extensive UK from Monday onwards, starting in Norwich and continuing across the nation. Brighton and Hammersmith are sold out (but for a few seats at the London venue), but the rest are still available at £22.50-£25.

More monkey business from Damon and co, this time with dates in Dublin (rescheduled - De La Soul in support), a partially sold-out Manchester date on Friday (no standing tickets left), a pair of O2 Arena nights and Birmingham and Brighton. Lots of guests from "Plastic Beach" will be there - £45 (cough) gets you in.

No longer missing in action, the controversial rapper is on the road from Wednesday in Brixton, followed by Oxford and a bit of sold-out Warehouse Project action in Manchester on Saturday - tickets are £18-£23 for the rest.

Hot Chip and LCD Soundsystem: Two spear-heading electronic bands for the price of one? Well actually, you get three bands in London, and you should do considering the price of the tickets - £28.50 for Ally Pally on Wednesday or £31.50 for the Coronet on Thursday, you takes your choice. Regionals are £24-£25 - but you won't get Shit Robot in support (dang).

How is he supposed to tour without you? [groan! - Ed] Easily - he won't be because it seems his fans are very much going to be there. Liverpool and Southend have sold out (as well as premier London seats), but next week's Dublin (Thurs) and Blackpool (Sat) stints are still available - expect to pay around £40.

Wednesday sees the spikey-rockers begin their UK tour in Manchester, followed by a swathe of city-stops en route to Shepherd's Bush at the end of the month. Cardiff has sold-out and the Glasgow date on 17th has moved venues to the Academy. Tickets are around £7.50 upwards.

Rather than stomping around stage, Elliot Minor will play a trio of acoustic gigs from Friday onwards, starting in Birmingham then York and Oxford. A full rock tour begins later in the month from the 20th with most tickets costing a tenner.

The rock-scene has a busy week next week, especially with double-headers like this. Paramore are joined by B.o.B. and Fun for their tour which begins in Nottingham on Monday - tickets are a bit of a rarity though, with only seating being offered at most (Saturday's O2 gig has sold-out).

Deftones will tour with Coheed and Cambria, guaranteeing a hefty assault on the eardrums - ticket-wise it's a similar picture to Paramore with many standing options starting to sell out, including Friday's opening set in Glasgow - click on the 'buy tickets' button for the current availability.


Funeral for a Friend

Amazingly, FFAF tickets are still available for their nights in Reading, Swansea and Leicester next week. All cost £13 and are their last dates before 2011. Just to round off a busy rocking week, Skunk Anansie will be touring again from Saturday onwards (starting in Manchester - around £20 for all tickets) and an evening-long psychedelic rock-out is promised at Cafe Oto's Japanese Music Festival on Sunday, starring Acid Mothers Temple - and it's a tenner!

It's time for an album-in-its-entirety-tour and The Levellers have delivered with an almost-sold out journey for "A Weapon Called The World", their debut released 20 years ago. Poole is the first stop on Tuesday but like Bridport on the following night, is sold out - others cost £19.50.

Bringing the joys of "Up the Junction" and "Cool for Cats" to Southend next Saturday (and several more thereafter) is the perennial Squeeze. For all except the Southend date (which is a warm-up), the tour sees the Londoners hook up with Ian Broudie's Lightning Seeds for an excellent dose of English song-writing. Tickets are £33 (except Southend which is £20). The Lightning Seeds also have a couple of dates prior to hooking up with Squeeze - Belfast (sold out) on Thursday and Leamington on Friday.

A true visionary of jazz, fusion, soul, global and electro styles is Herbie Hancock and he is set tp play a rare trio of dates in support of his new album, "Imagine". Manchester on Friday costs £32.50-£37.50, while the London pair on Sat/Sun cost £35. Talking of jazz and London - why it's the London Jazz Festival 2010 which kicks off on Friday with British luminary Guy Barker and maestro-drummer Manu Katché playing first (but not together, more's the pity). The full schedule is below - try to go to at least one performance over the next couple of weeks.

Other gigs next week...

There just isn't space for everyone but you might also like The Coral, Lostboy AKA Jim Kerr and Heaven 17 (a home-coming Sheffield date on Wednesday), as well as some traditional rock, metal and roll from Motörhead and Annihilator and some serious soul action from Roberta Flack - she'll really kill you softly (and it's her first UK date in over 4 years).

All seems quiet on the theatrical front, although there is absolutely loads going on for established productions, new plays and tours are few and far between - but there are some worth shelling out for around the country.

The tag-line for this Dave Simpson bittersweet comedy is "It's a woman thing", but this is not "Sex and the City" - this is by turns a humerous yet poignant story of a group of pole-dancing friends who, in true Full Monty/Calendar Girls style, raise money for breast-cancer by defying all odds against every adversity. Showing at the Stockport Plaza for just three nights from Thursday, make sure you take the old man along - he might learn something.

Another regional debut, this time for the comedy "Noises Off" playing at the Whitley Bay Playhouse from Wednesday until Saturday. It's a play within a play and concerns a troupe touring a dull sex-comedy and their various hang-ups and cock-ups. £12 admission.

The Random Acts of Strangers

Heading back to London now and Hoxton's Courtyard has a major new play beginning on Tuesday and running for two weeks. The 11th has sold out already and many more tickets are being snapped for this psychological drama comprised of monologues from people 'trapped in their own basements'. Tickets are £11-£14.

Say Shakespeare to some kids and they'll wave a knife in your face, but most know their bards from their blades and the touring production of "A Midsummer Night's Dream" is sure to settle them down, playing Birmingham on Monday followed by Hastings the week after. £14.50-£16.

A national treasure for sure having previously been a John Peel favourite and amassed ten volumes of poetry and vignettes from the world of miserable human existence, John Hegley graces the stage of the George Tavern in East London on Thursday for an evening of, well, John Hegley. £5 gets you performance, prose and a bit of DJing.

Embracing the Northern-humour mantle that the late Frank Sidebottom sadly let go earlier this year, Shuttleworth is another man of many flat-caps, opinions and sheds. He plays Newcastle and Worcester next week, with tickets still available for £16.

A great week for character comedy is rounded off nicely by a night with Angelos and his myriad of plastic-bags and stained raincoats (not forgetting his new pound-shop business of course - "There's no money in meat anymore"). He plays the Brighton Ballroom on Sunday, armed with considerable support including Paul McCaffrey.