Give us a Kyuss to help the Homme-less - Kyuss Lives! announce exclusive UK dates for 2011 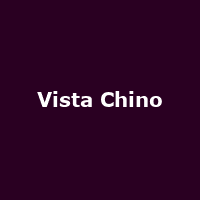 Previously the artistic home of one Josh Homme before he jumped ship to form the rather more successful Queens of the Stone Age, Kyuss have announced a reformation and a tour next year - minus Josh, that is. Having discounted rumours of joining in, Homme will sit out the reunion celebrations announced earlier this week.

The remaining members of Nick Oliveri, Brant Bjork and John Garcia will be joined by guitarist Bruno Fevery, a man who has previously played on Garcia's previous Kyuss project (imaginatively named Garcia Plays Kyuss). Oliveri has of course been working with Homme in Queens Of The Stone Age while Bjork joined Fu Manchu and founded his own ensemble Brant Bjork and the Bros (as in 'brothers', not Matt and Luke!).

Despite no new material on the horizon yet, the band is set to play four gigs in the UK, starting with Nottingham on 31st March, followed by Wolves on 1st April, the HMV Forum in London (2nd) and Bristol on the 6th. Tickets go on sale this Friday at 9AM priced at Â£17.50-Â£19.50.

There may be more dates announced - the keen-eyed amongst you will notice a gap between London and Bristol!