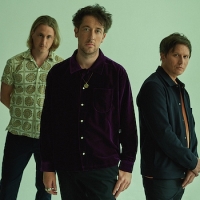 Hold the freakin' phone: XFM has only gone and announced the line-up for this year's Winter Wonderland gigs.

A welcome shining light in winter's bruising gloom, XFM's pre-Christmas indie rock extravaganza is now in its eighth year. Originally launched as the 2003 Winter Warmer event at London's (sadly departed) Astoria, the annual shindig has grown in stature ever since. Appearances from bands like Kasabian, the Ting Tings, Kaiser Chiefs, Biffy Clyro, the Manic Street Preachers and, er, Chas'n'Dave have all added to the warm glow.

Winter Wonderland 2010 takes place over two nights a week apart at two of the UK's most exciting live venues; the Manchester Academy on Wednesday 8th December and the O2 Brixton Academy on Wednesday 15th. The indie spirit is alive and well with this year's gigs being sponsored by those good people at Cuervo Tequila (because very strong alcohol is cool, kids).

The Manchester show will be headlined by The Wombats, with support coming from Bombay Bicycle Club, The Futureheads, Mystery Jets, The View and the city's own Everything Everything.

It's the biggest in London that we used to go to as teenagers. We also played a couple of nights at Brixton at the end of the UK tour for the first album last year in December and that was an amazing thing to do. It felt like a big achievement - it's a huge, huge venue.

Tickets for Winter Wonderland will be available here from 9am this Friday (5th November), costing £20 for Manchester and £25 for London.