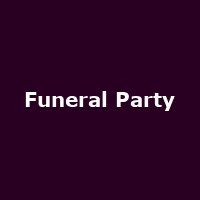 Los Angeles retro trash-pop outfit Funeral Party are due out on the road very soon, supporting 30 Seconds to Mars and Enter Shikari on their partially sold-out tour in November/December (Brighton 29th, Cardiff and Manchester face-value tickets have all gone). But what if you can't get to one of those dates, or you just can't get on with the Mars boys?

Fear not because Funeral Party are playing their own tour next year, starting with Bristol on 25th January and continuing to Oxford, Manchester, Newcastle and several more before hitting the South Coast in Brighton on 12th Feb. Tickets go on sale tomorrow morning at 9am (a sensible move after Take That's shenanigans last week), priced at a very reasonable Â£7.50 upwards (plus the fees).

The band recently released the single "Just Because" on iTunes - check out the video for some all-out guitar-crunch and hollering par excellence.