Kylie Minogue, JLS, The Saturdays, The Script and Black Eyed Peas amongst acts for the Capital Radio Jingle Bell Ball 2010 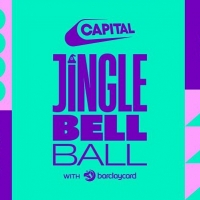 In a break with their tradition of drip-feeding to the public the acts who are to appear at their annual Xmas shindig at the O2 Arena, Capital Radio have announced a number of big acts in one fell swoop - and quite impressive it is, including some of the biggest acts of the pop world at the moment.

Tickets will be available here from tomorrow morning (Monday 1st November) at 8am - allowing workers to sneak into work early and perhaps nab some tickets, I guess. Prices start at £39.50, rising to £70 for "standard" seating, with those wishing to get closer to the action being asked to pay from £100 to £299 for "Snow Zone" or "Jingle Zone" tickets, respectively... ouch !

Well, I was wondering after the Take That ticket shenanigans on Friday whether there would still be an appetite for another few pop gigs, and the answer is a resounding "yes" - all face value tickets have now sold-out.