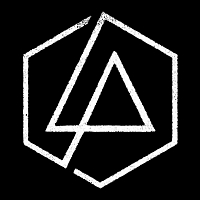 The news of Take That's tour has probably reduced a few people to emotional tears (make of that statement what you will), with next week being a little more restrained on the tour-front. There are some strong classical concerts, as well as some names from the past, present and future world of rock, roots and pop.

All prices + booking fees. For ticket availability, click on the images, below

Manchester is the first city to welcome the huge Linkin Park at the start of their UK tour in support of their number 2 album, "A Thousand Suns". Tickets are still available for all of the dates, which continue in Newcastle, Birmingham and London - prices start at (cough) £40.50.

Mick Hucknall begins the brace of Simply Red farewell dates in Ireland, beginning with Sunday's sold-out trip to Dublin and Monday's just-about-available trip to Belfast. A month-long gap follows before Hucknall's boys return to the UK in December - click on the image for details.

It's a welcome return for the ska-punksters and first stop on this new tour is Oxford's O2 Academy on Thursday. Tickets for this and remaining nights cost £15 upwards, but for that you also get a few support bands and a set of classic LTJ.

The Neil Hannon experience continues with his "an audience with Neil Hannon" tour to support Top 20 album "Bang Goes The Knighthood", starting on Tuesday in Aberdeen, the first of two Scottish dates (the other being Glasgow on Wednesday). Tickets are around £17.50 with Cardiff on the following Monday already sold-out. The Royal Festival Hall gig on 10th November is £25 and still on sale.

The US rock band recently scored their first Top 40 album hit with "Something For The Rest Of Us", so will look to play a few packed houses during the next week or so, starting with Glasgow on Sunday (sold out) and followed by Newcastle, Leeds etc. Tickets for the rest are £23.50 (£25 for the London Forum date - Brixton is sold out).

'Resurgence' is a word that can certainly be applied to Edwyn Collins continued return to good health and recent album "Losing Sleep" is proof of just how sharp his songwriting continues to be. Brighton kicks off his UK tour on Thursday and tickets are around £15.

Guy Fawkes-night heralds a few full-on metal fireworks being set off (don't tell the London firemen then) by DevilDriver and support in 36 Crazyfists. With further rocking support and an earlier start and finish at most venues, there's no excuse for not getting a ticket for £17 (unless you hate rock music of course).

If you fancy something a little more traditional, metal-wise, you could do worse than see the American band White Wizzard on tour. The outfit was formed as a reaction to the so-called 'screamo' racket coming out of the States a few years back (it still is, guys), and you can be sure of much foot-on-monitor action from Friday onwards - tickets are £8

Embarking on a short UK tour is acclaimed American nu-roots singer-songwriter, Michelle Shocked, who begins the jaunt in Edinburgh on Tuesday. Tickets cost around £16.50 for the other gigs in Manchester, Worcester, Aldershot and London. Sticking with folk and roots-based songwriters, you should also try and get along to Tom Paxton's concerts as well - he begins a UK hop next Friday in St Albans and continues across the country. Tickets are £20.

Gathering accolades and acclaim for live performances is Stornoway's latest habit and you have a further chance to witness musical-trinkets from the album, "Beachcomber's Windowsill". The tour starts in Birmingham on Tuesday with tickets available for most of the dates, except Manchester which has sold out - admission is around £12.

The unique violinist heads up a big-name trio of classical artists this week. Kennedy plays three nights in Birmingham, London and Manchester from Monday onwards (£39.50-£55), all currently available. The other two are sold-out, save for a few box-office spaces - Belgium's relatively unheard-of minimalist composer Wim Mertens plays only his second UK date next Thursday at London's King's Place, a real treat for anyone interested in ground-breaking left-field yet beautiful music, while the more languid Italian Ludovico Einaudi has sold out a series of nights in London next week.

Stirring mood-music is the Junkies' thing and new album "Renmin Park Vol 1" is certainly no exception. For their first UK visit in 3 years, the band descends on Glasgow on Sunday, followed by Manchester and London straight afterwards. Don't miss them - tickets are £23.50-£25. Other eclectic performers this week include Rodrigo Y Gabriela, Afro Celt Sound System and Jedward (OK, we're being a bit ironic there).

Oodles of classic Lennon and McCartney on display at this touring show, so what are you waiting for? You not only get the classic "Sgt Peppers" album, you have an hour of other Beatles classics as a follow-up. OK it isn't The Beatles in person, it's a band of home-grown top musicians playing the classics note-perfect instead - and it's £24.50 to get in.

There are no festivals to speak of this week, well none that involve standing in muddy, wet and smelly old fields - instead you have the Camber Sands-based NME Weekender from Friday onwards. Starring Babyshambles, British Sea Power, The Whip, Chapel Club, Flats and many more, you can pick up a variety of cabin-packages from £242 for the weekend.

The hugely-popular touring version of Lloyd-Webber's musical takes to the road from Tuesday, with York being the first stop for a week, followed by Edinburgh and Bristol. (There are more - click on the image). Tickets start at £14.50 depending on seats.

Sticking with Lloyd-Webber and biblically-flavoured musicals and its the gospel-heavy Jesus Christ Superstar on tour. From Tuesday the production begins a short run in Birmingham until next Saturday with tickets starting at £13.50. The tour returns in 2011, this time in York.

Based on Greek mythology is Frederick Ashton's classical-ballet, "Sylvia". Admired for its fabulous Leo Delibes and packed full of intricate moves and choreography, you know what to expect from the Royal Ballet - sheer quality. The season starts on Wednesday and continues through to 1st December - tickets are £29 upwards.

Incorporating a mixture of several genres including Brazilian and African, Bale de Rua is choreographed by acclaimed producer Marco Antonio Garcia and takes place at the Peacock Theatre for three weeks from Tuesday onwards - tickets for this unashamed family show begin at just £15.

The start of a major exhibition begins at the O2 from next Friday - Titanic is the largest and most detailed treasure-trove of ephemera connected to the ill-fated ocean-liner, ever gathered in one place - tickets cost just £15.

Now would we lie to you? Mr Mack does it frequently, but he can't hide the fact he's on tour from Monday onwards, starting with Portsmouth for two nights, followed by many more stops until 30th November - tickets are still available for most of them at around £20.50.

Hosted by Sue Perkins, everyone's favourite Dibley resident has turned novelist with her new book "A Tiny Bit Marvellous", a tale about a family in a downward spiral, written with the usual sharp French aplomb. For just one night at the Old Vic in London, Dawn will read excerpts from the novel as well as an interview and a post-show signing session. Tickets for the Sunday reading cost from £9.50 for restricted views or £17.50 unrestricted.