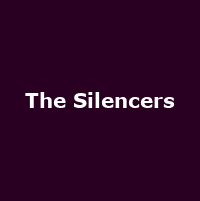 Now normally we mention tours but this date is too good a chance to pass up - The Silencers live at the ABC Glasgow.

Not heard of them? Watch the video and you'll get a flavour of this over-looked and under-rated band that hovered around the same playing-field as Deacon Blue, Love and Money and Lloyd Cole, with a bit of added folk for good measure (but not in a Runrig way).

Positively worshipped north of the border, the band has announced that they will play at Glasgow's ABC once again on 18th December, making this a bit of a Christmas bash. Tickets are just Â£15 for what will be a pretty partisan night and if you happen to be in Glasgow on this particular Saturday, make sure you can get in.

Originally the band's founders, Jimme O'Neill and Cha Burnz (who sadly passed away in 2007) were in the also-overlooked post-punk band Fingerprintz, creators of three ahead-of-their-time albums and a sack of great singles including "Dancing With Myself", "Shadowed" and "Bulletproof Heart", a song that later became a big hit around Northern Europe for The Silencers (in 1991).

Although they only notched up a trio of minor hits in "Painted Moon", "I Can Feel It" and "Scottish Rain", The Silencers certainly have an avid following meaning that this gig will fly out. Now come and play a gig in London, fellas.