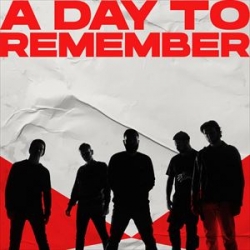 "I'm always screaming my voice out/'til my head keeps spinning" is a lyrical excerpt enough to tell you what Florida's A Day To Remember might sound like. I'll offer up a clue - they wouldn't quite fit on T4's music schedule (although they have ransacked "Since U Been Gone" by Kelly Clarkson, garnering a Kerrang! Nomination for Best International Newcomer in 2008). Nope, these boys contain all your usual snail-raising influences such as Blink 182 et all, but also a bit of middle-fingered attitude and some decent songs.

Recent single, "All I Want" is a case in point, in fact much of their My Space samples are actually pretty decent, considering the bewildering torrent of slack-ass rock coming out of the States these days. We reckon you should go and catch them live and it just so happens the lads are hitting the UK in the New Year to promote new album, "What Separates me from You".

So far six nights have been confirmed beginning in Manchester on 30th January and continuing on to Newcastle, Birmingham, Bristol, Brighton and the Brixton Academy on 5th February. Tickets are on sale from Friday, priced at £15-£16 plus fees.