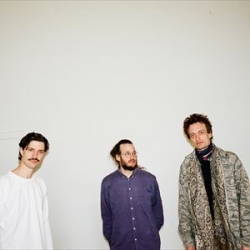 Denmark's Efterklang have been receiving critical acclaim from all corners for their art-rock album "Magic Chairs", released in the early spring. But the band has not only been busy with live appearances, single releases ("Raincoats" appeared in August) and the odd gig here and there - the group has been working on a new music project called Efterkids dedicated to providing awareness and funds for the promotion of music within an academic environment.

Too many state schools around the world do not have access to music, aside from a battered old CD player if they're lucky. Efterklang members have admitted that without their decent (but not expensive) educations, they wouldn't be doing what they're doing now. One case study involves a New York school (called Special Music School), a centre that encourages musically-gifted kids to persue their goals without forcing them to study music as a subject (it's all about the options).

For next year, the band has also announced three dates for the UK beginning in Sheffield on 23rd February, followed by Manchester (25th) and London's Scala on 27th. Tickets are on sale now priced at £11-£15 plus fees.

During the summer, the band performed live on stage with kids from the German district of Duisberg which you can view at 4ad.com (link in the sidebar to the right) as well as read more detail and donate to the cause!

If you're quick, you can catch American musician and Efterklang regular Peter Broderick as he embarks on a short tour of the UK, with dates in London, Brighton and Manchester, starting this Sunday at the rather nice St. Giles in the Fields. Check below for ticket availability.