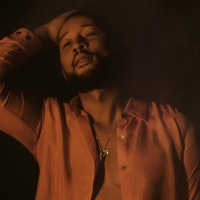 The concept of dream team doesn't limit itself to the football and basketball pitch. Take this equation: Legend + Roots = Apollo. That is exactly what is about to happen at the end of next month, as John Legend, the last neo-soulster standing (given Robin Thicke's struggle to escape the obscure blue-eyed soul stigma and after D'Angelo's fall from grace), and the hip-hop-at-heart collective, The Roots, have announced a one-off date at Hammersmith Apollo on Saturday 27th November.

This is to promote their collaborative album, 'Wake Up!', inspired by Barack Obama's presidential run in 2008. 'Wake Up!' is a cluster of grandiose covers of tunes originally performed by the likes of Marvin Gaye ('Wholy Holy') and Donny Hathaway ( 'Little Ghetto Boy').

A new effort from two prolific acts with Legend having released three LPs in five years prior to that and The Roots having put out their very own and brilliant eleventh release this year in 'How I Got Over' in June, which features harpist songstress Joanna Newsom, as well as John Legend on the killer tune, appropriately entitled 'The Fire'.

Tickets for this exclusive (in opportunity) extravaganza go on sale this coming Friday 15th October, at 9AM. The Fire will not be extinguished!