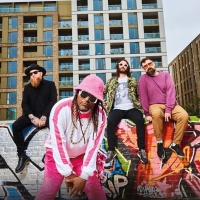 Good old Rob Zombie - just the sort of chap you'd want judging Antiques Master or the Great British Bake Off. Ha, he'd rather be on Masterchef, right? Thought so, but I reckon he'd really rather unleash the new re-released and updated version of his recent album "Hellbilly Deluxe 2". Not only has this new expanded version seen the light of day via Roadrunner Records, he is now set to return to these shores for the first time in twelve years with his biggest stage-show yet - 'Zombies over England 2011'.

Promising much in the way of pummelling noise, pyrotechnics and full-on Zombie riffing, he and his crack band have announced half a dozen nights in the UK, starting with Brixton Academy on 16th February and followed by Manchester (17th), Newcastle (18th), Glasgow (20th), Leeds (21st) and finally Birmingham on 22nd - tickets are on sale this Friday at 9AM priced at £26.50 (£29.50 London). Support for the tour comes in the form of two acts from south Wales: Newport's Skindred and Roadrunner stable-mate Revoker.

"Hellbilly Deluxe 2" itself has had a track-listing rejig and extra songs added (15 instead of 11) plus an extra DVD with a tour documentary. You could well be on the next one if you rock up to these in-demand nights almost certain to sell out.