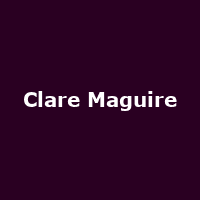 You may remember us running on about Katy B recently and look what happened - she only went and had a hit with "On a Mission"....probably not down to us at all really, but hey we're modest about it all. Now we have another name for you, another lady with a belter of a voice and a top new single on the horizon.

Clare Maguire has an almost power-ballad voice that's a cross between Billie Ray Martin and Beth Gibbons on a happy day, with added downbeat backing exemplified by new single "Ain't Nobody" (NOT the Chaka Khan anthem, a new song). She is set to appear at the Little Noise Sessions in aid of Mencap (check the article by our Stewart) but has also announced a headlining showcase gig in London.

The date to remember is 9th November and the place is the newly-opened XOYO venue in Hoxton. Tickets are available now priced at just Â£10 plus fees - get in quick before it sells out, there's a buzz going down.

The new single is backed up with an effective and simple remix by Breakage and you can watch the official video right here. I reckon she's destined for big things....