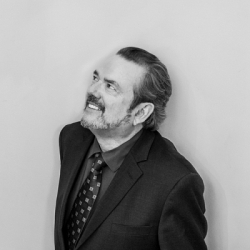 "I am a line-man for the county and I drive the main road" - one of country-rock's most famous lyrical openings can be attributed to US songwriter Jimmy Webb, creator of the track "Wichita Lineman", made famous by Glen Campbell some forty-odd years ago. But Webb has always had more in his canon - classics like "By The Time I Get To Phoenix", "Galveston" and the highly-kitsch "Up, Up and Away" are staple diet for Americana fans and "Guilty Pleasure" DJs alike. I'll forgive him for "MacArthur Park", the one with the line about "leaving the cake out in the rain".

Recently, Webb released a new album of duets sung with a few previous legendary cohorts often associated with covering his songs. "Just Across The River" is a star-studded set featuring Willie Nelson on "If You See Me Getting Smaller", Linda Ronstadt on "All I Know" and perhaps his biggest associated figurehead Glen Campbell on "By The Time I Get To Phoenix". Other guests include Vince Gill, Michael McDonald, Billy Joel and Jackson Browne.

Whether any of these guests will appear on Jimmy's UK tour next year remains to be seen, but meanwhile his jaunt begins in Bristol on 2nd February 2011 and continues to Leicester, Brighton, London and more until Dublin on the 14th. Tickets are on sale now priced around £22.50 plus fees. Webb himself has a very distinctive voice, strong enough to transform his own songs into an enthralling live proposition.