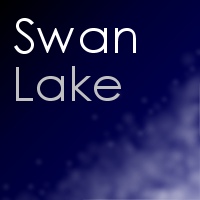 Recently, we told you about the Royal Opera House's new autumn and early winter productions such as "Romeo et Juliette" (26th Oct - 17th Nov) and "Cinderella" (20th Nov - 31st Dec). Tickets are still available for a few performances for these and other ROH events, including the newly-announced productions due to begin this winter. Below is a sample of what to enjoy in the run up to Christmas and into the New Year.

One of Wagner's most powerful and intense operas opens in Covent Garden from 11th December to 2nd January for the first time in two decades. Directed by Tim Albery, the part of Tannhäuser is played by Johan Botha with a fine supporting cast and imaginative set. Add in Wagner's usual expressive melody and a tale of an artist trying to deal with his art and you have an essential production that will sell fast. Prices range from £16 - £230.

The Barber Of Seville is one of Rossini's most familiar and popular works, a comic-opera based on a play by Beaumarchais that tells the tale of a young woman imprisoned against her will, a vulgar keeper and her young fancy. Figaro meanwhile continues to plot and plan to find her ideal suitor with comical results. "Il Barbiere Di Siviglia" runs from 18th January to 8th February, prices starting from £29.50.

Mozart's "The Magic Flute" is a philosophical opera in two acts, full of memorable symbolism and imagery that begins from the very first scene (a prince being pursued by a serpent, the latter being killed by three women, all of whom want to stay with the prince afterwards). However, the prince decides to lie about the serpent's death, much to the women's annoyance. Tickets cost from £13 upwards and the production runs from 1st to 26th February.

Peter and the Wolf [Prokofiev]

Peter and the Wolf is a children's story with words and music by Sergei Prokofiev, telling the story of a young boy called Peter who attempts to hunt for the first time, much to the chagrin of his old grandfather. He captures a wolf and spares the animal's life as hunters draw closer. The tale is brought to life by the Royal Ballet, with choreography by Matthew Hart. The second performance is the Tales of Beatrix Potter. Tickets start from £12.50.

Frederick Ashton's delightful rendition of 'The Skaters' is brought to life by the Royal Ballet, paired with the much-loved Tales of Beatrix Potter, with the beautifully-costumed Jemima Puddle-Duck, Peter Rabbit and Jeremy Fisher bringing an end to the festive programme. Runs from 20th December to 10th January with tickets costing from £12.50 upwards.

If you only see one ballet in your life, you should see Tchaikovsky's enchanting "Swan Lake" and certainly at the Royal Opera House. It's good against evil set to some of the most familiar and delightful music notation in ballet, including the excellent pas de deux a focal point of the whole story. The 10-week run begins on 22nd January until 8th April with tickets starting from £16.

With music from Adolphe Adam, "Giselle" is a romantic ballet full of betrayal and supernatural happenings. There is an element of tragedy about the central character's plunge from love to madness but it's still an evocative story worth watching unfold. Running for just 5 weeks from 11th January to 19th February, ticket prices start at £16.