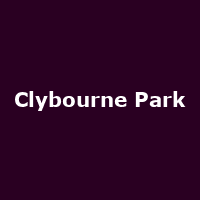 The Royal Court Theatre has certainly struck a chord with theatre goers over the past 12 months, having seen "Enron" and "Jerusalem" get a transfer to Wyndham's Theatre since 2009. Now the satire and race-relations flavoured play by Bruce Norris, "Clybourne Park", begins a limited run from 28th January until 7th May 2011 (the first ten days contain various preview performances).

Critical acclaim has been high for the play which concerns the life of a property, a two-bed residence, and the effect it has on two separate incidents surrounding its purchase over the course of 50 years. Firstly in 1959, Russ and Bev sell the property to a black family, the first to move into the neighbourhood. Tensions simmer to the surface as existing residents have a 'wobble' about the new occupants.

Fast forward to 2009 and the same property has two new occupants who decide to demolish the house and start again - but the residents respond in a similar manner.

The play has strong adult themes as well as a sense of humour. The Guardian rated the production with the comment, "Norris's play nails the thorny subject of race relations with a bilious zest that takes one's breath away" - so there you go!