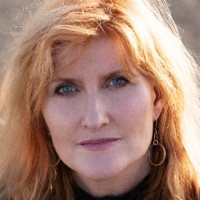 Although her last back-to-form album "Love is the Way" appeared in 2009, the Rough Trade release has had longer legs than some of her previous and equally charming solo material. A few select festival appearances this year have kept the interest in the under-rated singer whose cultish flame continues to burn pretty brightly after her successes with Fairground Attraction and her earlier self-titled solo album ("Patience of Angels" really should have been a huge hit).

Reader has already lined up some special Christmas shows as part of the annual Phil Cunningham folk concerts in her home-land, including Perth on 20th December and Edinburgh's Queens Hall on 22nd/23rd December (tickets are around £20-£21.50).

Now she has announced a handful of 2011 UK concerts, with five confirmed so far (more possibly to come). The first stop is Cardiff on 4th April, followed by Bournemouth (5th), Portsmouth (6th), London (9th) and finally Manchester (16th). Tickets are available priced from £18.50 - £22 plus fees.

The London date is set to be something a bit special as it's another potentially memorable Union Chapel concert - it should be well-suited to her angelic voice.