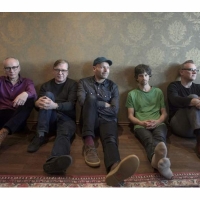 After another memorable year for the perennial Teenage Fanclub, front-man Norman Blake has revealed just what he's been up to in between racking up Top 40 albums with his band - moonlighting with ex-Gorky's Zygotic Mynci front-man Euros Child under the pseudonym, Jonny.

The two have been busy crafting new songs and prepping for an extensive tour during the early part of next year. An album is also due in 2011, a collection which promises to be an interesting prospect given the performers' abilities to knock out decent tunes.

The tour begins in London on 19th January at the Monto Water Rats venue, followed by some February gigs in Brighton, Cambridge, Bristol, Middlesbrough and many more until Sunderland on 21st February. Tickets are on sale now priced around the £8 mark plus fees - oh and it doesn't take a genius to work out that the London venue will sell out pretty darned quick (it's not the biggest of venues).

Meanwhile, in preparation for the release of the new album, Jonny has very kindly opted to release a free EP entitled, er, "Free EP". The four-track EP will be available from the Euros Childs (www.euroschilds.com) website from 10th November onwards. Childs also has also revealed another solo album of synth action featuring eight of the machines, later this year.