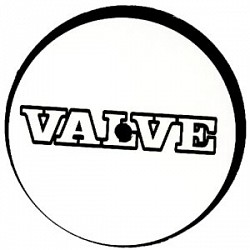 Just when you thought we had forgotten about clubbing, back we come with a new article, this time concentrating on the lively city of Nottingham. The return of students to the city after the summer break, normally heralds an increase in 'fresher parties', live PAs and big names. Here's a small but perfectly-formed sample of what to check out over the next month or so at the city's most popular venues.

Gone are the days of out-sized 'superclubs' but Gatecrasher continues to pack them in regardless. The Queen Street venue welcomes the Valve Soundsystem this coming Friday (8th Oct), the UK's premier touring drum n bass soundsystem starring Dillinja, Lemon D, Grooverider and Adam F will rock up with six massive speaker-stacks and a huge pile of classic and new tunes. Tickets are £8 plus fees.

Valve appears under the Project club-night banner (normally on Fridays) and other hot DJ nights are due from DJ Yoda (15th Oct), Stanton Warriors (22nd), Plump DJs (29th) and Professor Green (12th November), again all around £8. Gatecrasher is also set to launch a new night called 'Arkade', featuring 1Xtra's Mista Jam playing a selection of grime, dubstep and urban-beats throughout the evening, starting on 25th October - yep, it's a Monday night and £5 gets you in (you'll need a wristband). Delphic will also be appearing at Gatecrasher, the date to remember is 1st November (tickets £14.50 plus fees).

The bass-heavy shenanigans continues with Louder, a night tagged as 'bass music played louder', starring a variety of DJs specializing in dubstep, electro, funky, grime etc including Tempa T (12th Oct), Israel's dubstep-king Borgore (19th Oct) and dubstep-hipster Jakwob (9th Nov) - tickets are from £4 upwards. For nights of continuous drum n bass prepare to Detonate! This night runs on alternate Fridays - High Contrast and the Hospitality crew appear on 15th October and Andy C and Noisia will ramp up the bass on 29th. Tickets are from £10.

Again, Rock City in Talbot Street is a live-venue that occasionally dabbles in DJ and club-nights, and why not? The next confirmed nights include Lock Up on 16th October, an evening of hip-hop and punk, Afflicted with DJ Loz hammering out the best in hardcore and metal (next night is on 23rd), Summer Shack every Friday with disco, electro and good times (normally free before 11pm) and plenty of music on live gig nights (of which there are many).

Other Nottingham venues that seem to have attracted favourable reviews on clubbing sites include BZR in Friar Lane (student, funky chill-out), Propaganda in Broadway (gay, various music) and other chain-clubs in and around Broadway and Pelham Street.