Attention! An old fat furry catpuss is in town - Bagpuss takes to the stage for London Christmas show 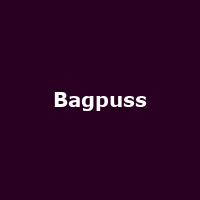 If you're old enough to remember classic children's TV shows such as Captain Pugwash, Roobarb and Custard and Mr Benn, you are probably as old as me and you'll also probably remember seeing an old saggy pink cloth-cat yawning its head off. Either that, or the drugs DID work.

"Bagpuss" is still an iconic character from the 1970s TV schedules, a programme that was introduced by a narrated little poem (by the late Oliver Postgate, also its co-creator) that heralded another found object brought to the lost-and-found objet-d'art shop that Bagpuss the cat lived and slept in. The mice, the cat's owner Emily, Gabriel the toad, Madeleine the rag-doll and the inimitable Professor Yaffle (a book-end in the shape of a woodpecker), plus Bagpuss of course, will now feature in a stage world-premiere of this fondly-remembered children's show.

London's Soho Theatre, in association with Birmingham's Stage Company, will present the world-premiere of "Bagpuss" from 9th December 2010 until 9th January 2011 in an engaging and enlightening story based on the 'furry catpuss' himself. Tickets are on sale now, priced Â£13-Â£15. There are family ticket offers of 4 for Â£40.

So if you are contemplating what to take your family to this Christmas, consider this charming show. Don't forget - 'when Bagpuss goes to sleep, all his friends go to sleep too...'