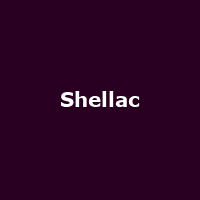 Here's a real treat for US alt-rock fans, looking for inspiration this coming New Year's Eve - a one-off London concert by Sonic Youth under the new ATP concert-banner 'Strange Days 2010'.

Designed as an annual event, the concert will feature a few bands on one bill at the Hammersmith Apollo on 31st December, featuring previous ATP-curators Sonic Youth, Steve Albini's crack trio of noise-rockers Shellac, Manchester's new noisebeat outfit Factory Floor plus DJs. Tickets for the event are on sale now and cost £40 plus fees.

Thurston Moore and his cohorts have long been loved by All Tomorrow's Parties and rounded off 2007 with a series of award-winning gigs playing their classic double-album "Daydream Nation". Recent album "The Eternal" was a cracking return to form, some of which will surely find its way onto the setlist. Shellac is a serious prospect as a support band, featuring the man usually associated with the formation and crossover of 'grunge', Steve Albini - what a bill!

Residents to the north will be delighted to know that Sonic Youth will be playing in Manchester the night before, but support acts have yet to be finalised for that concert on the 30th. Tickets for the Academy gig are also on sale now, priced at £23 plus fees.