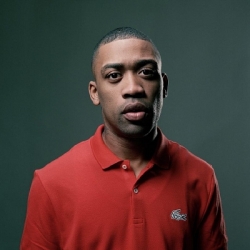 The name Fugative probably means something big if you happen to come from the South-East, although his name has already reached the States, courtesy of P Diddy's Bad Boy team. After five singles, it's time for the ex-grimer-cum-'hip-pop' teenager to unleash his first two albums, due out in October and November. A release-deal with Ministry Of Sound was recently inked and it looks as though the young Loughton lad will soon be on his way to a few screen-savers with the ladies (if the press is to be believed).

Prior to his own headlining tour, he has the small matter of a collaborative tour as support to experienced grime/pop artist Wiley as part of his 'Elusive' tour. Other performers include JME and The A-List and the tour starts on 26th October in Newcastle before continuing on to Manchester and others before ending up in Cardiff on 12th November. Tickets are £12 approx plus fees.

December will then see Fugative out on his own stint, taking in Manchester on the 18th, Birmingham (20th), Colchester (21st) and Islington (22nd) - tickets will go on sale this Friday at 9am, priced at £8.50 approx. This headliner is in support of his upcoming mixtape album "The Departure"(due 10th October) and studio album "No Goin Back" out in November, the latter of which will contain the hit single "Crush" and new single "Sticks and Stones".