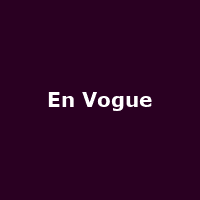 Who remembers these ladies wiggling away on Top of the Pops, teasing just about every red-blooded male and rousing just about every woman with "My Lovin' - (You're Never Gonna Get It)"? Not satisfied with looking hot, they also sounded hot and racked-up a modest pile of hits in the early to mid-90s with girl-power soul and sassy pop-funk vibes.

They notched up two big-selling albums with "Funky Divas" and "EV3" from 1992-1997, spawning hits like the above, plus "Whatta Man", "Free Your Mind", "Giving Him Something He Can Feel" and "Whatever". Their flame burned brightly until the turn of the century, members left, members returned and a reunion was finally sealed in 2009. 2010 brings a new album (via Rufftown) and a gradual return to touring.

En Vogue have chosen the IndigO2 venue for their long-awaited UK return, playing on 21st October. Tickets recently went on sale, priced at Â£27.50 upwards. If memory serves people right, this should sell pretty well. The new album is due out at around the same time.