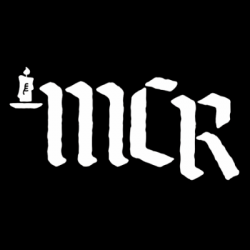 Headlines don't get any easier, especially when you check out My Chemical Romance's new album title. Due later this year (pencilled date is 22nd November) and entitled "Danger Days: The True Lives of the Fabulous Killjoys", the first studio album recorded since Bob Bryar's departure back in the spring marks a new era for MCR, as well as the chance of some new UK dates, of course.

Three nights have been confirmed as part of the European stopover point of their 'World Contamination Tour', beginning with Hammersmith Apollo on 23rd October and followed swiftly by Manchester on the 24th and Edinburgh on the 25th. Tickets go on sale this Friday, priced up to £25 plus fees. Don't discount the possibility of further dates being added (we reckon Cardiff needs a date, for a start). Meanwhile, demand will be high for these three.

To get you in the mood for the ensuing melee of MCR anthems, check out the 'Deathproof'-style video teaser, featuring band-pal and comic-book writer Grant Morrison as a 'baddie'.