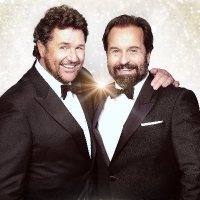 Having recently celebrated 25 years as a performer, Michael Ball's flame doesn't look like being snuffed out anytime soon. He has recently been playing the part of Edna in the popular show "Hairspray", as well as appearing at the Hampton Court Festival and on TV and radio once again.

A new studio album is in preparation (well, it is nearly Christmas) and the multi-skilling will continue with a full-on UK tour next year. The theme for this new activity is "Heroes", possibly influenced by the slot on his ITV show which appraises the country's unsung heroes, though in this case Ball will showcase his 'sung' heroes. Expect some Sinatra, Davis Jnr and Monro in the mix and the album to appear prior to the Festive season.

The huge tour begins on 27th May in Edinburgh and continues right across the country including Manchester, Birmingham, Southampton and Plymouth before finishing up in Brighton on 26th June. Tickets go on sale this Friday at 9am, priced around the Â£35 mark (plus the fees). Demand will be high, especially for the confirmed London date on 21st June at the Royal Albert Hall.

Ball will also be appearing at the Prince Of Wales Theatre on 10th October for a fund-raising concert for the Shooting Star children's hospice (www.shootingstar.org.uk) - tickets are available from the venue direct (www.delfontmackintosh.co.uk).