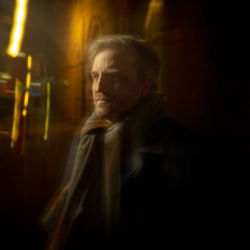 With his band on hiatus since the end of 2009, lead singer James Walsh is heading to new pastures musically speaking, as he is prepping his debut album in partnership with none other than Suzanne Vega. Not much else has been revealed yet but Walsh will probably perform some of his work-in-progress during his mini November tour in Scotland, as he will play the Cabaret Voltaire in Edinburgh on the 3rd,the Oran Mor Scotland in Glasgow on the 4th and the Scottish Borders' Melrose Corn Exchange on the 6th.

Beforehand, Walsh will showcase at the Camden Monarch next week Thursday (24th September) and take part in the Kirsty McColl Tribute concert at Shepherd's Bush Empire alongside Billy Bragg, Johnny Marr and Shane MacGowan, among others.

Tickets for Walsh's Monarch show in London cost £7.00, and those for his Scottish dates just a tenner + booking fees, all on sale now.