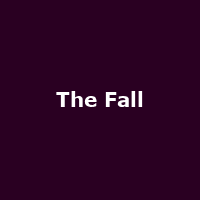 Manchester's The Fall will soon be entering their 35th year in existence, no mean feat for a band that has gone through more line-up changes than front-man Mark E. Smith's beloved Manchester City.

The band signed up with strong indie-label Domino Records last year, prior to releasing their (and this is a rough guess, I'm afraid) 28th official album - thing is, they have stubbornly avoided wasting time with frivolities and financial short-cuts, sticking with Smith's deadpan lyrics and insistent rhythms. Anyone remotely interested in British post-punk and musical DIY-ethos, must check this lot out.

"Your Future, Our Clutter" appeared back in April, sounded pretty much like every other Fall album (i.e. top-notch) and earned them a Top 40 placing for the ninth time. Smith and co are back on a short tour this autumn with four dates confirmed for November. These begin with a night at the Electric Ballroom in London on 23rd, followed by Holmfirth (25th), Leamington Spa (28th) and Bath (30th). Tickets are on sale now, priced at Â£17-Â£20 plus the usual fees.