Feeling guilty? You should be - Hugh Cornwell set to play acclaimed solo album and more 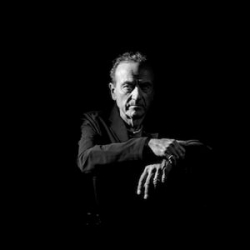 Blimey - you wait several months for a Stranglers tour, you get one (we told you about it yesterday) and then the most famous name associated with the new-wave heroes, Hugh Cornwell goes and unveils some live dates as well. For neutral fans of The Stranglers, this must seem like Christmas.

Cornwell will embark on a UK tour starting in Portsmouth on 6th April, continuing on to ten more destinations including Manchester, Bath, London and finally Brighton (17th). Tickets go on sale this Friday, priced at £18 [including London - yay! - Ed].

The theme of this tour is simple - to play his solo landmark album "Guilty", in its entirety, for the faithful. Cornwell says, "The requests for 'Guilty' haven't stopped since it was first released. Now the fans have heard my interpretation of 'Rattus' (classic first Stranglers album), they're demanding to hear the other epics 'a la Hugh'. I can't wait to perform them". "Guilty" itself was released in 1997 and featured the songs "One Burning Desire" and "Torture Garden" amongst others.

He also plans to cover "The Raven", "Toiler On The Sea" and "Walk On By", but you can add to the set-list by voting for your preferred encore choice on his website www.hughcornwell.com - the top five most voted for, get an airing to finish off the night.