Which side are you on? The frank Ani DiFranco returns to London for exclusive date 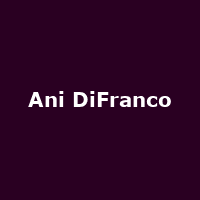 Blazing a verbal and acoustic trail since the early 90s is American Grammy-winning feminist-icon, Ani DiFranco. Starting a record label called Righteous Babe and naming one of your albums, "Not a Pretty Girl", sums up the paradox and uncompromising performer, set to appear at London's Shepherd's Bush Empire next January.

She has picked the 27th for this rare London gig which is likely to support a new album, judging by the new songs that have sneaked onto My Space lately. DiFranco's rich and ballsy repertoire will also no doubt get an airing, along with a bit of conscience-rousing.

She has recently appeared at a New Orleans Gulf Aid benefit event, alongside Lenny Kravitz and Mos Def - profits were put towards the non-profit organization's attempts to rescue the Mexican Gulf disaster after the recent BP balls-up. She has supported many green issues before in the US.

Although DiFranco doesn't make a big song-and-dance with other musicians, her most notable moments aside from her hard-hitting acoustic style are collaborations with Prince, Maceo Parker and Utah Phillips (another like-minded activist).

This promises to be a very special night indeed - tickets go on sale this Friday (17th September) at 9am.