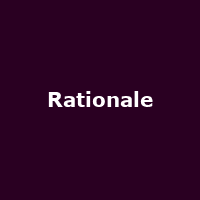 Having just passed its 50th birthday, you could be forgiven for thinking that Island Records has been resting on its laurels and counting their profits from Paul Weller's album sales - absolutely no way! Now a part of Universal Def Jam, Island is still very much on the side of the artist and to prove it, a showcase tour has been announced for a trio of talent already recently signed to its roster.

The other artists on the tour include upcoming songwriter Pete Lawrie, who played Wakestock and Radio 1's Big Weekend this year and Hackney's pop-rock performer Tinashe whose debut single "Saved" hit the shops this week. You can watch the catchy little number right here.

Meanwhile, tickets for the tour cost around £7.50 plus fees - three top acts for less than a tenner!