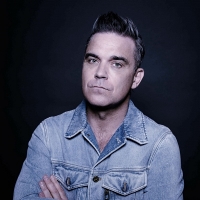 As promised in last night's newsletter (what do you mean you're not subscribed?! Join the list to stay in the know - www.allgigs.co.uk/newsletter.php), here's the low-down on our special offer for this Sunday's 'Heroes Concert'. The massive fund-raising concert is being held at Twickenham Stadium this Sunday, featuring some of the biggest names in pop and comedy at the famous rugby-ground in order to help raise awareness and funds for those members of the UK forces who have been wounded in action across the world.

The big names in pop include Robbie Williams, Gary Barlow (the pair will perform their current "I'm really sorry I called you all those things" chart single 'Shame') [do you reckon they'll kiss? - Ed], Tom Jones, James Blunt, Alexandra Burke, Plan B, Pixie Lott and The Saturdays, while the world of comedy offers you laughter-heavyweights John Bishop, Kevin Bridges, Jack Dee, Jason Manford and Michael McIntyre, all giving their time for zero profit. Other special guests include the dandiest dancing grand-daddy of entertainment, Bruce Forsyth. Seriously, where else are you going to see this sort of star-studded line-up, together under one roof and all for a notable charitable cause? Simple - you won't.

So, to support the military heroes of today, at a poignant time when the 70th anniversary of the dreadful Blitz is being commemorated, we are announcing a special 20% discount on the purchase of remaining standing and seated tickets for the all-day concert.

Click on the 'Book this Offer' box below for full details and to purchase your tickets (you'll need to enter the code TDNAFF1 in the 'Ticketdeals Partner Offer' box) - oh and the weather is supposed to be pretty decent as well (according to the BBC at any rate).