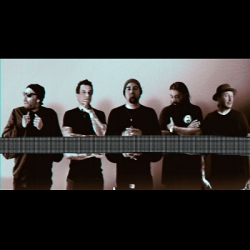 If you couldn't get to the 2010 Download Festival this year, you would have missed out on seeing Sacramento's sons of sharp soaring metal. But worry not - Deftones are coming back to the UK in support of their recently-released album. Feel better now? Of course you do.

"Diamond Eyes" and its accompanying similarly-titled single hit the shops in the spring, giving the band its biggest hit since 2003's self-titled set. You can watch the official video for the "Diamond Eyes" single to the right.

The band will play tracks from the album and their previous catalogue during November, beginning with Glasgow on the 12th and followed by Leeds, Manchester, Southampton, Brixton, Nottingham and Birmingham. Tickets go on sale on Friday from 9am and will cost around £25. Get in quick though - Deftones tend to sell through pretty fast. The support is Coheed and Cambria - even more reason to get clicking!