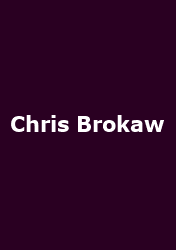 Some 20 years ago, Chris Brokaw formed the alt-rock outfit Codeine, a band that pre-empted the fixation with so-called 'sadcore' music during the 90s. Smog and Red House Painters may well have (almost) crossed over with their own blend of reflective melancholia, but Codeine quietly forged their own path with albums like the debut "Frigid Stars", issued on Glitterhouse/Sub Pop in 1990.

Lasting a lot longer was Brokaw's relationship with his other band, Come - but eventually, Krakow went solo, wrote some dancepieces and acoustic music and bumped into another Boston musician, Geoff Farina (ex-Karate and Glorytellers).

Finally, the two have collaborated officially and recently released the album "The Angel's Message to Me", a collection of downbeat and plaintive acoustic stories featuring plenty of special interplay between the two - another album is now due for release in November entitled "The Boarder's Door".

They are both now ready to tour Europe and will stop off in the UK during the late autumn, starting with London's Luminaire being the first stop on 27th November, before further dates in the capital, Brighton and Edinburgh. More dates will be announced soon, meanwhile you can pick these tickets up for under a tenner (even London). Look at this tour as a big rare album-launch party and you won't go far wrong.