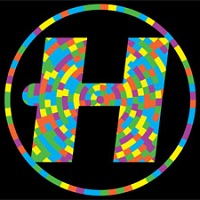 The word 'hospitality' conjures up prawn canapÃ©s, elderberry-champagne cocktails or a 'friend' for England footballers, but the Hospitality I have in mind is the Hospital Records version, something that involves many hours of prime drum 'n' bass, pounding sound-systems and good times. Oh and the very best acts and DJs associated with this landmark label.

Hospitality Luckily, for those that enjoy a spot of 'liquid jump-up' you have more than a decent chance of attending a night of true Hospitality - a raft of branded evenings has been announced across the country, beginning with London's Brixton O2 Academy on 24th September (Â£18.50 - High Contrast, Danny Byrd, Andy C, Netsky and DJ Fabio) and continuing with a varying line -up via Bristol on 2nd October (on sale 1st October at Â£16 - High Contrast, DJ Marky, Netsky etc) and Brighton on 9th October (5th Birthday Party for Â£12.50 - London Elektricity, Danny Byrd etc).

Roni Size A massive Hospitality night is planned for Birmingham's recently opened (by then, anyway) HMV Institute on 16th October. This will run all night and feature Roni Size, Cyantific, High Contrast, London Elektricity, N-Type, SBTRKT and Total Science amongst many others. The whole night costs from Â£13.50 (VIP tix cost Â£22.50).

Shapeshifter [NZ] Finally, Oxford's turn talks place on 30th October with a live gig from Shapeshifter and the usual crew as mentioned for Brighton (Â£12 admission) and The Warehouse Project in Manchester becomes one big room full of carnage on 4th December for Â£17.50. Check these names out - Goldie, High Contrast, Dynamite MC, Ramadanman, Danny Byrd, MJ Cole and MC Wrec are all involved in the ultimate sickness.

Check below for tickets!