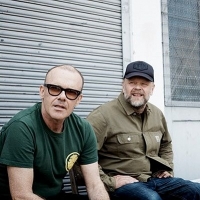 Dance-acts rarely hang around for long, but those that do tend to be held in the highest reverence and euphoric acclaim often reserved for Oscar-winners and Grammy-snafflers. Say Orbital during a pub discussion about electronic music and you could (should) witness a moistening of tear-ducts. Whisper Chemical Brothers and suddenly heads nod in systematic approval, while the Faithless fans also bang their fists against their hearts in tribal appreciation.

Leftfield also seem to have the same effect, even more so, due in part to still only releasing two full-length studio albums to date. It's likely to stay that way - one half of the duo, Paul Daley, amicably left to concentrate on DJ-ing to leave Neil Barnes in charge of the Leftfield brand. He's done it all capably as well with festival appearances a-go-go, including Benacassim, Rock Ness, LED and Creamfields. Now it is time to tour.

Barnes, along with previous collaborators Earl 16, Djum Djum and Cheshire Cat, will begin a jaunt around the country armed with a new live show and that all-important gut-rumbling soundsystem in Leeds on 18th November and continue to Manchester, Plymouth and several more before 'coming home' to London - the Brixton Academy on 3rd December.

Tickets are on sale from Friday at around Â£20 plus fees. Let me just say: "Leftism" and: "Rhythm & Stealth" - mmmmm.