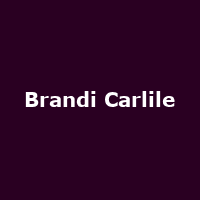 Brandi Carlile has announced the cancellation of her October European tour due to a lack of funds. The Washington-based singer, songwriter and guitarist was due over in Europe in the spring, but then that unpronounceable volcano erupted, scuppering those plans.

The singer, who was due to commence the UK and Ireland leg of her tour on 20th October at the Sage in Gateshead had this to day on her official website:

On behalf of myself and our band, I deeply regret having to cancel the trip to Europe, the UK and Ireland this fall. We incurred a substantial financial loss after the tour was delayed due to the volcanic ash disrupting our travel, but we decided to reschedule and make it work this fall. Unfortunately, the funding for the tour has fallen through and we no longer can afford to hop across the pond for the tour. This is the toughest decision and announcement I've had to make as an artist and I can assure you I don't take it lightly. I know many of you have purchased concert tickets and made travel plans to see our band and I wanted to personally offer my deepest regrets and most sincere apology. The twins and I love Europe and are so grateful to the fans for the support that has allowed us to tour internationally over the last few years. It's been a dream come true and we will be back to make it up to you.

Ticket-holders should obtain a refund from their point of purchase.