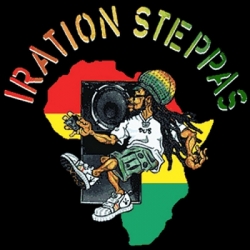 August Bank Holiday normally means many things to many people. An extra day off work (unless you're in retail or tourism), rain, the end of the summer, rain and the Notting Hill Carnival all conjure up the atmosphere of the last public holiday of the year, before Christmas takes a grip on our wallets.

The Notting Hill Carnival probably scares the hell out of the local residents but for over a million revellers, it's the party of the year. Below is a list of some of the best parties and after-parties going on, of which there are probably hundreds of them. So to whet your appetite, we've assembled a few of the best events, aside from the Carnival itself of course.

There are a few 'warm-up' events happening around London, prior to the Bank Holiday. This one takes place at the Vibe Bar in Brick Lane on Sunday 22nd August and is inspired by the Jamaican sound-systems of the 60s and 70s. The legendary Mikey Dread crew (inspired by the late DJ) and emcee toaster Ras Kayleb will turn up the bass and pummel your ribcage for free from 4pm til late.

From 30th July and every Friday thereafter, the LCT hosts plenty of pre-carnival loveliness in the shape of calypso and reggae stars giving their all. Tonight (20th) it's 'Groovy Soca Monarch' night while next Friday it's the final night with admission costing £10 plus fees. You can expect authentic Caribbean hospitality and musical experiences at the Powis Square venue.

If you want rollers and jump-ups, look no further than Fabric for the Playaz Carnival Special on the 27th August. Big names like DJ Hype, Fabio, Friction, Commix and Pascal will fill all three rooms at the venue, with tickets costing £15 - £18 for admission before midnight. There will be around 20 DJs across the night and early morning.

There is so much going on over the weekend with Saturday pretty much exclusively concentrating on sound-systems and steel band competitions. However, Sunday night sees a whole swathe of musical activity in Brixton with the top attractions looking like the Dubwise Fest at Mass. This heavy heavy dub event features premier acts such as Iration Steppas, King Alpha Sound System and The Disciples - the very best in UK dub. £15 to get in. Also in the area will be the legendary David Rodigan spinning some classics at Plan B, alongside Shy FX. £8 gets you into the Deadly Rhythm night.

The most famous DJ associated with Notting Hill is Norman Jay MBE (I'm sure that stands for Most Bass Emitted) who every year arranges a top-notch Good Times afterparty somewhere in London. This time it's at the William IV pub near Kensal Green on the Sunday night and tickets are already flying out. You know what he will play - dub, soul, warehouse and party-bangers all night long. £15 gets you in (only before 11pm).

Probably not the most traditional carnival after party is the shindig at The Silver Bullet in Finsbury Park on Sunday. Indie-outfit Mystery Jets will headline a series of DJ sets by their good selves plus Loose Cannons and Alvin C, all of whom will lay on the funk and soul in thick layers and all for just £5. But there's a theme - the whole night is a 'pool party' so turn up in beach wear to earn yourself a free shot of what you fancy.

The O2 in Islington will feature DJ sets from Spice New York, D Tee and Djahman plus Pas from Shal Marshall and Konata. The whole night will feature a mixture of Afro-Caribbean sounds such as zouk, calypso, soca and reggaeton just two minutes from Angel station. Shal Marshall, by the way, is Trinidad's Soca Monarch - in other words, he's the daddy of Soca. £10.

Check our listings below for other great nights with Monday's second Dubwise bash at Mass being the most attractive proposition with more UK dub, dancehall and raga from Mafia and Fluxy and Gussie P as part of the line-up. £12.50.

Have a safe Carnival.