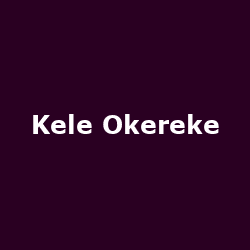 With Bloc Party on indefinite hiatus since last year, all members are getting busy with other invaluable stuff: lead guitarist Russell Lissack backing-up Ash on their A-Z Singles series tour, bassist Gordon Moakes teaming up with members of The Automatic and La Roux for his Young Legionnaire side-project, drummer Matt Tong now NYC-bound due to DJing and marital commitments, and Kele Okereke, in the front-man trademark, making the most of a solo career.

His debut electro-heavy solo effort, entitled 'The Boxer', came out in June, two singles off which were released, 'Tenderoni' in mid-June, and 'Everything You Wanted' on Monday 16th August.

In a recent interview, Kele explained the title of the album by saying that "as a boxer, you have to rely on nobody else but yourself to achieve what it is you want to achieve. Even though you take hits, you have to keep focus on your priorities and keep going. I thought that was an inspiring image."

So the boxer at heart will showcase his punch during a mini tour of the UK in November, which will kick-off in Birmingham on the 15th, via Glasgow (16th), Manchester (18th), London (19th, at the Electric Ballroom) and Bristol on the 20th.

The London show has already sold out and tickets for the other shows will go on sale tomorrow (Thursday 19th August) at 9AM.