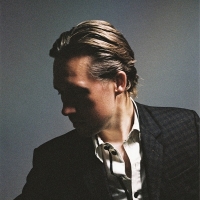 Set to reopen in Birmingham is the city's old Godskitchen venue, freshly converted from the Barfly into a brand spanking new venue managed by HMV and now called the Institute. The grand opening is at the end of September, beginning with a huge after-party set for the 25th.

Birmingham has long been without a decent alternative central 'live' venue, but now the Digbeth Institute has been given a full overhaul and is ready for action. The grand opening party takes place on the 25th and features a star-studded cast of DJs including Deep Dish's Dubfire and dubstep's top-notch Joy Orbison plus contributors from the Desolat label from Germany. Tickets cost from £15 - £30 (VIP) and the after-hours party will run from 10pm to 6am (just in time for that all important post-clubbing breakfast).

As for the live line-up, check these babies out...

Prior to the 'launch night', there comes an 'opening night' and the legendary prog-rock outfit Gong are all set to wow the second-city with a line-up that sports founders Daevid Allen and Gilli Smyth alongside other stalwarts Steve Hillage and Miquette Giraudy. They hit the stage on the 20th, tickets cost £18.50 plus fees. Excerpts from "2032" and a support slot from space-rocker Nik Turner adds to the line-up.

Launch-night isn't just about whooping it up til the break o' dawn - there's a pair of live performers to take into account. Birmingham's 'grebo'-kings are presumably working on a few new songs by now - their last studio album was 1995's "Brainbloodvolume". They join the roster on 25th Sep with Guillemots AWOL singer Fyfe Dangerfield who will play separately in the Library section of the venue. Neds cost £17, Fyfe costs £12.50.

Mr Ronson will bring his "Record Collection" to the venue on the 28th, armed with special guests a-plenty. £20 gets you into this hot-date with the acclaimed Grammy-winning producer and songwriter. The recent single "Bang Bang Bang" set a precedent by reaching number 6 and featured Q-Tip - in fact other rappers on the album include Ghostface Killah and Wiley, as well as singers Rose Elinor Dougall, Simon Le Bon and Boy George. Now I'm not one to rumour-monger but Le Bon is from Birmingham and...well....you work it out.