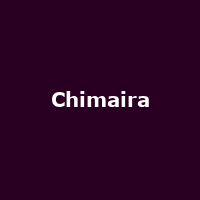 Well, it's been an interesting year of (non) touring for Chimaira this year. In spring the band were part-way through their European tour when they were denied entry to Russia, and now illness has caused the Cleveland metallers to cancel their October 2010 UK tour.

The tour included a number of sold-out dates, and just a few weeks back an additional London date was added at the Borderline, so there will be a lot of frustrated English fans upon hearing this news. The band issued the following statement:

Due to an acute illness, we must cancel our upcoming UK tour. The band was really looking forward to the shows especially coming off a successful run in the US as part of the Rockstar Energy Mayhem Festival. Alas, health comes first, as it should for us all. Sorry to those who planned on attending, but as the Governor of California once said, 'we'll be back'. or something like that. - Chimaira

Refunds can be obtained from your point of purchase - and of course if we hear of any rescheduled dates, you'll be the first to know.