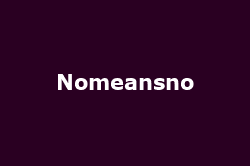 Very much a part of the late 70s and 80s US punk and hardcore scene (i.e. when it really WAS a punk and hardcore scene and bands really hated the world), Nomeansno were carving out their own special niche in the world of noisy riffing, scream and protest with a collection of technically tricky rock music and the inimitable rage and sardonic humour of messrs Wright, Wright and Holliston (or Mr Wrong as he is occasionally christened).

To give you a rough idea of where they're coming from, much of their catalogue appeared on Alternative Tentacles, the uncompromising punk and new-wave label founded by Jello Biafra.

The band has a new EP (called "Tour EP 1") doing the rounds at their live concerts (a physical release is imminent) and to pick one up, you will need to attend a gig of theirs. It just so happens you get two chances in November, starting with a London date on the 25th at the Underworld, followed by Leeds on the 26th. Amazingly tickets are only Â£10 (even for London) plus fees - available now.