Spaced-out on Galaxie 500 - Dean Wareham to appear at the garage for solo homage, December 2010 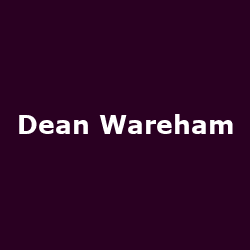 If you have a hankering for psychedelic-tinged dream-rock (and assuming you know what the hell I am mumbling about), you will no doubt remember Galaxie 500 in the late 80s, a band that inspired Sonic Youth's Thurston Moore to acclaim their debut as the album of that year (1988 and entitled "Today") and British Sea Power to cover the song "Tugboat" from the same album for a Rough Trade compilation a while back. They, like many bands around at the time, cited Velvet Underground as an influence but I always thought they fitted in with 13th Floor Elevators mixed with Spaceman 3. But what do I know?

I do know that lead-singer and songwriter Dean Wareham will be winging his way to London on 8th December for a special solo pre-ATP warm-up date.

Armed with Galaxie 500's sparkly back catalogue, plus the odd piece of work from his time in Luna and Dean and Britta (the duo he formed with his wife), possibly also including an excerpt from the Warhol Screen Test double CD he has produced for the Andy Warhol Museum, he will play at Islington's Garage just prior to heading off to Butlin's in Minehead for a similar night on 10th Dec, as part of the ATP Festival curated by Belle and Sebastian. Result!

You can expect to hear stripped-down versions of songs from "Today", "On Fire" and "This Is Our Music" and all for the princely sum of just £13 plus fees. Although the gig is some way off, it might be worth getting in the queue pretty sharpish.