It's now or never - Elvis is forever, courtesy of September 2010 75th anniversary concert 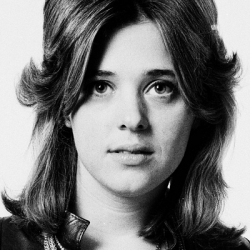 Shake a leg, as they say, and Elvis Presley certainly did that back in his heyday and although the King of Rock & Roll passed away in 1977, his legend lives on and here's the proof.

The Royal Parks, in association with BBC Radio 2, presents a celebration of the music of Elvis with a huge gala performance in London's Hyde Park on Sunday 12th September to celebrate, what would have been, his 75th birthday. Chris Evans will host an evening of his most popular and familiar songs, performed by some of biggest fans and pop-stars from the past few decades. The evening will certainly go with a bang - a firework spectacular is planned for after the show and there will also be a special appearance by Priscilla Presley.

Musical support comes from singers Marti Pellow, Suzi Quatro, Imelda May, Craig David, Tony Hadley, Nell Bryden and Fran Healy from Travis, as well as Scouting For Girls. All of the artists will sing one or two of the great man's songs, be they ballads or rock 'n roll numbers. Quatro certainly used Presley as a template during her formative years and it's no secret that Marti Pellow has been a fan since childhood.

Tickets are on sale now priced at £30 plus fees and there are also opportunities to purchase picnics to really help the concert go with a swing. Just don't step on anyone's blue suede shoes.