What happened was... Jethro added more dates to his extensive 2010 UK tour 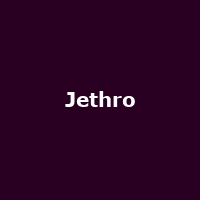 He's often been 'slightly naughty', 'off the wall' and even 'stark raving bonkers', according to his many video and DVD titles, but one thing Jethro isn't and that's bone-idol - the Cornish funny-man never seems to stop touring the UK and not just his own back-yard either.

Aside from gigs at his own club just East of the Devon and Cornwall border in Lewdown (2nd, 16th and 30th Oct), he is out and about in the South West for much of August, including Babbacombe (21st Aug, 4th and 18th Sep), before heading to St Albans on 23rd September, Clacton on the 24th and many more including Stockport on 14th Oct, Oxford on 9th Nov and several more until December, when Jethro returns to his home-town for a series of Festive dates.

He has already started planning for 2011 with a preliminary gig in Whitley Bay on 24th March, tickets now available at Â£20.40 plus fee. Of course, with Christmas coming, Jethro has a new live DVD all planned for release in the late autumn with material drawn from his recent Spring dates. Gurt fun!