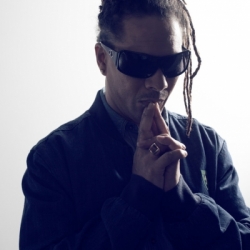 The thoughts of winter drawing closer is enough to have a nation running for the sunshine abroad, but tack the word 'sports' onto the end and suddenly the interest heats-up. London's Freeze Festival is one of several events devoted to skiing, snowboarding and winter-sports lifestyle that might just inspire you to get on the first plane to Austria or Switzerland (or Aviemore at the very least). It also has a cracking music line-up - Orbital, Friendly Fires and Cypress Hill have all played this festival in the past two years. 29th - 31st October 2010 looks a hot weekend-prospect as well.....hot enough to melt the slopes.

Mark Ronson is one of this year's huge international acts just confirmed for the Battersea spectacular. He'll bring his band The Business International, plus a new album (due September - "Record Collection") and a familiar back catalogue to headline on the Saturday night (30th Oct). Other additions include indie-electro outfit New Young Pony Club and I Blame Coco (featuring Sting's daughter, oozing just a little 80's charm).

Tickets are available now, with weekend passes costing £86 for all 3 days (£36 for 8-13 yr olds), or day passes at £36 (£18.25 for 8 - 13 yr olds). There is also a special 'Friday After Work' ticket for admission after 6.30pm - £22.50 (prices + fees), so you don't miss out on all the fun even if you have been staring at a screen or fending off shareholders or customers all day. The festival takes place around the Battersea Power Station with a cinema and many food and retail-outlets on site - oh and the odd bar.