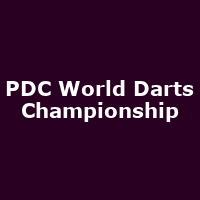 Once again, the Festive season heralds the coming of another major darts tournament, the PDC World Darts Championship 2011, which will run from 16th December 2010 to 3rd January 2011. The prize fund for next years championship is around a million pound and dozens of players from across the globe will be battling it out for the coveted prize.

Stoke's Phil 'The Power' Taylor has ruled darts since the mid to late 90s, winning the PDC from 1995-2002 and also 2009 and last year's championship, beating Aussie Simon Whitlock 7-3. Can Taylor wipe the floor with them all again, or can his old adversaries Van Barneveld and James Wade improve their form to switch off 'The Power'?