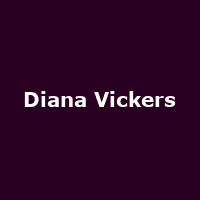 Considering she only reached the semi-finals of X Factor in 2008, Diana Vickers has done pretty well out of it so far - a number one single, a number one album and a leading role in a West-End musical-drama ("Little Voice") is more than most artists achieve. Next weekend, she will perform at the Liverpool Echo Arena with N-Dubz, The Saturdays and Alesha Dixon, followed up by an appearance at the Hatfield Forum on 18th September as part of the Hertfordshire's Got Talent Final (tickets are a tenner).

However, it's her new tour which is sure to create some interest with four dates confirmed for November, beginning with Manchester on the 8th, Leamington on the 9th, London's KOKO on the 12th , Newcastle on the 13th, Glasgow on the 14th and finally Dublin on the 15th. Tickets are on sale now, priced Â£12.50 - Â£13.50.

Vickers has recently played at the iTunes Festival and has just recently released the single "The Boy Who Murdered Love".