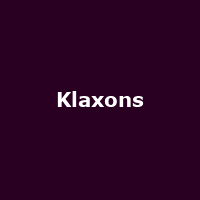 It seems like only yesterday that Klaxons gave us "Golden Skans" and blew away the timid opposition. Then came the debut album, "Myths of the Near Future", the winner of the 2007 Mercury Music Prize and a rather deserving one at that - to quote one song title, "It's Not Over Yet".

Enter stage two of the Klaxons career and we have the second album and a new single, plus an exclusive date in the Capital. It's going to be a busy year for the Londoners and it all starts on 16th August with the release of a single, "Echoes", the video of which you can watch right here. This is followed by the release of "Surfing The Void" on the 23rd and sporting an excellent sleeve that features bassist and singer, Jamie Reynolds' cat Orphee donning a fetching tangerine-coloured spacesuit. Very a-mew-sing.

Ahem, anyway, it's the music that counts and tracks like "Echoes", "Flashover" and "Cypherspeed" will no doubt feature heavily at Heaven on 25th August, when the bands take to the stage to air the album plus its predecessors no doubt. Tickets go on sale next Friday (13th) from 9am, priced at just Â£15 plus fees - so, not too much of a strain on the funds in the kitty (groan). Meanwhile, you can also catch them at Leeds (28th) and Reading (29th) during the following weekend.