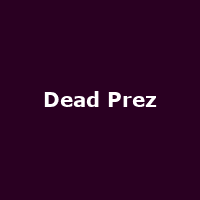 We recently reported on the upcoming DMC World DJ Championships in October - don't forget, it's the 18th and tickets are still up for grabs at £15 each. Don't worry, it's still going ahead at KOKO as planned, but a real treat has been confirmed at the same venue just a couple of days before - hence a nice little round-up of other key hip-hop live dates happening in the next few weeks.

For ticket availability, click on the images, below, or scroll down for the full event listing.

A true heavyweight from the Orient and one of the pioneers of turntablism returns to the UK on 16th October at KOKO. DJ Krush has been creating atmospheric tight beats for the best part of twenty years and was a key player on the Mo Wax label in the 90s. If you need proof of his art, check out the excellent trio of albums, "Strictly Turntablized" (mainly instrumental looped breaks), "Meiso" (an album of successful vocal collaborations with the late Guru, The Roots and CL Smooth) and the subtle "Milight". Krush has a new album out in the autumn and this date will form part of a global tour. Don't miss him - or the support Prefuse 73 for that matter. £10 admission plus fee.

Are you down with M.O.P.? You should be if tough aggressive rhymes and uncompromising beats is your bag and the crew that brought you the fist-pumping anthems, "Ante Up" and "Cold As Ice" a decade ago, are back in the UK for a pair of dates at Camden's Jazz Cafe on 25th / 26th August. Lil' Fame and Billy Danze have worked with the late Guru as well, plus Naughty By Nature, Jay-Z and more recently RZA and Raekwon on the set "Wu-Tang Chamber Music". Last year's "Foundation" album appeared with contributions from DJ Premier amongst others and you can witness their power for just £15 plus fees.

Considered by themselves as outcasts of West-Coast hip-hop back in the mid-90s, they came up with the moniker Ugly Duckling. Sitting somewhere around A Tribe Called Quest, Beastie Boys and De La Soul, their style is epitomised by their XL Recordings-era tunes such as "A Little Samba" and "Eye On The Gold Chain". Their 2009 album "Audacity" is due to be followed up later this year, but meanwhile the band is on the road in August from Portsmouth (17th), through Brixton (26th) and finally Southampton (2nd Sep) - check the full list below, tickets are priced around £12.50 plus fees.

A part of the underground hip-hop scene since 2000, this duo hit big with the track "Hip Hop". But that title belies the political and social elements of this militant pairing who have been compared to Public Enemy and NWA by some corners of the music-press. Much of their output has appeared via their own mixtapes and mixdiscs but it's their new project with DJ Drama that is worth checking. Called "Revolutionary But Gangsta Grillz", the album forms part four of the 'Turn Off The Radio' series and is available from the Dead Prez website for sweet f.a.. www.deadprez.com is the place to visit - after you've checked out tickets to their show at the HMV Forum on 30th August. Tickets are £25.75 with support from Sway [Dasafo], Akala and Skinnyman.

Other performers worth a punt include Wiley, who plays Liverpool on the 14th August and 30th Oct (plus many more, see below), grime-rapper Kano out on the road in September (initially Bush Hall in London on the 1st and then many others until Bristol on 3rd Oct) and the Grandmaster Flash-famous Furious 5 on 18th and 21st September in London and Manchester respectively.