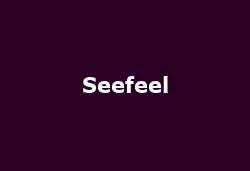 Sometimes the myth and legend about a band tends to exceed sales and crossover appeal - come on, how many 'hits' can you name by the band, Seefeel? Tough isn't it? Of course, it doesn't matter - Seefeel still charmed the birds out of the electronic-trees, so to speak, and shifted plenty of albums during the mid-90s on labels such as Too Pure, Warp and Rephlex. Their sound was a harmonius mix of sweet-tonsilled vocal-loops, gently resonating electronic-rhythms and speaker-frightening modulations, enough to blow a shop's speakers (I achieved this once in Virgin Norwich in 1995).

Despite being out of the equation for nearly 15 years, Seefeel return to the recording and 'live' scenes once again with a new 10" release on Warp, plus an exclusive one-off show in London. The EP is called "Faults" and gets a release on 20th September, featuring four tracks including "Faults", "Folds" and "Clouded" and you can hear a couple of tracks on their My Space page. Although they covered Maximo Park's "Acrobat" for the Warp20 series of albums, this marks a return to original compositions.

To mark the second coming, Seefeel are also playing one date at the ICA venue in London, complete with new band members, on 16th September (only their 2nd since 2009's Paris show for the Warp20 celebrations). Tickets are flying out, priced at Â£15.