What's that in your mouth? That'll be the Rockstar Taste of Chaos 2010 hardcore tour 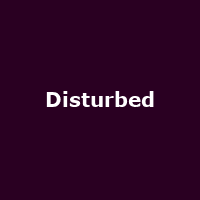 Fancy something heavy, something loud and something uncompromising? Yes, yes, I know Brian Blessed doesn't do live rock concerts anymore, but you might prefer Rockstar's energetic Taste of Chaos instead, especially when you see the line-up for this year's hefty tour.

Beginning in Birmingham on 7th December, the tour continues to Wembley, Plymouth, Glasgow, Manchester and Nottingham with tickets going on sale on Friday at 10am, priced at around £27.50.

Now for that line-up. First up are headliners Disturbed who have a brand new album set for release on 31st August. "Asylum" is the band's fifth studio album and initially features a dozen tracks, along with an exclusive iTunes deluxe version. A single, "Another Way To Die", was released in June.

The other big names on the Taste Of Chaos tour, include Papa Roach (new live album, "Time For Annihilation", will appear on 31st August as well), Buckcherry (new album out next week, entitled "All Night Long") and Halestorm.

Taste Of Chaos is the scream/hardcore sister of organiser John Reese's infamous Warped Vans Tour (and also the inaugural US Uproar tour) and began in 2005 with Killswitch Engage and The Used, but I reckon 2010 has the strongest line-up yet.